Now commodity turtle prices have begun to drop rapidly, feed costs caused by rising fishmeal prices have risen, and the profitability of aquaculture has gradually shrunk. Therefore, it is imperative to analyze the optimal nutritional needs of snapping turtles to initially formulate snapping turtle nutrition standards and reduce feed costs.

Snapping Turtles are protected animals in parts of the United States where the country of origin is located and are rarely reared. The time of entry into our country is relatively short. In 1996 and 1997, domestic snapping turtles were introduced as pet turtles for viewing, and there were mainly snapping turtle seedlings and larvae. At the beginning of the introduction of Snapping Turtles, the work center was mainly focused on solving its breeding problems. Because of the high price and rich profits of commercial turtles, the snapping turtle breeding industry is relatively extensive and is generally fed with Chinese sturgeon or turtle feed. Some farmers even directly With squid powder, feed costs are very high (Ye Wing-Tai, 2008). However, now the price of commodity turtles has begun to drop rapidly, the cost of feed caused by rising fishmeal prices has risen, and the profitability of farming has gradually shrunk. Therefore, it is imperative to analyze the optimal nutritional needs of snapping turtles to initially establish the nutrition standards of snapping turtles and to reduce the feed costs. Row.

1. Protein needs turtle to be like other animals. In order to meet the needs of physiology and life, it is necessary to take nutrients such as protein, fat, carbohydrates, vitamins and inorganic salts from feed, among which protein is the most important nutrient. From its physiological point of view, protein is a key factor in determining the speed of animal growth. When feeding animal feed, if the protein content of feed is too low, the animal will absorb protein for a small proportion of growth, resulting in slow growth; if the protein content of feed is too high or the total energy of feed is insufficient, part of the protein will be consumed as energy. From an economic point of view, this is extremely unreasonable.

Domestic demand for turtle nutrition is mainly concentrated in Chinese sturgeon. Some existing studies have shown that the amount of protein needed by juveniles is about 45%. Qian Guoying (1995) used casein as a protein source and formulated a series of standardized test feeds with 35%, 40%, 45%, 50%, and 55% protein content. After 60 days of feeding experiments, it was observed that the group with 40%-50% content had better weight gain, and the 45% group had the highest weight gain rate. Sun Hetian et al. (1997) designed nine experimental feeds using an orthogonal table (L934). Based on the four biological indicators of weight gain rate, feed coefficient, daily growth rate, and protein efficiency, the Chinese juvenile protein, fat, and sugar were studied. , mixed inorganic salt and amino acid suitable requirements. The results showed that the suitable protein content of juvenile diet was 47% and the energy-protein ratio was 30.27-32.07 kJ/g. A protein of 1.25 g, fat 0.21 g, sugar 0.53-0.56 g, inorganic salt 0.03-0.08 g, and energy of 37.85-40.11 kJ is needed per one hundred grams of glutinous rice. The main factor that influences the growth of alfalfa is protein. The required amino acid requirements for protein content of 47% in feed were: threonine 1.97%, proline 1.99%, methionine 1.22% (cystine 0.23%), isoleucine 2.12%, leucine 3.79% Phenylalanine was 1.82% (tyrosine 1.49%), lysine 3.36%, histidine 1.54%, and arginine 2.77%.

Yang Guohua et al. (1997) designed a trial feed for the protein, fat, carbohydrate, and calcium, phosphorus, and potassium requirements of Chinese sturgeon, jujube, using a gradient method, and fed 39 days (proteome) and 2 in aquariums with a constant water temperature. Months (other groups), with weight gain and feed coefficient as the main evaluation indicators. The results showed that the feed contained 50%-55% of protein, and its growth was at an optimal level, with a significant difference from the 40%-45% group (p<0.01).

Bao Jishu (1992) formulated nine experimental feeds using the orthogonal design method (L934) and conducted feeding experiments on the requirements for protein, fat, inorganic salts, and total energy in juvenile feed. The comprehensive analysis of the indicators such as weight gain rate, feed coefficient, daily growth rate, and protein efficiency showed that the main factors affecting growth are protein and total energy. The total energy of the better feed is 320-340 kcal/100 g feed, the protein is 46.6%, and the optimum energy protein ratio (C/P) of the juvenile feed is between 7.0-7.55 kcal/g.

Zeng Xunjiang (1988) used casein and fish meal as protein sources, and semi-purified feed consisting of alpha-starch and appropriate amount of vitamins and inorganic salts to study the optimum requirement for protein in baby turtle feed. After a one-month feeding trial, using growth weight gain, body protein increase, and protein utilization as indicators, according to the linear regression and parabolic regression equations, the turtles with a water temperature of 23.5Â°C-31.5Â°C and an average body weight of 50.77-61.69g had The optimum protein content in feed ranges from 47.43-49.16%. He Ruiguo et al. (2000) used 170 juvenile Chinese sturgeons of about 150 g as experimental animals and were randomly divided into 17 groups. Using feed energy and protein levels as experimental indicators, 9 test feed nutrition combinations were obtained using a 2-factor 5 level regression orthogonal rotation combination design, corresponding to 16 groups of experimental animals, and 60 days feeding trials were conducted.

Twenty-nine adult females weighing 22.62Â±0.52g were selected and divided into six groups. They were fed diets containing lysine 1.42, 1.87, 2.22, 2.57, 2.92 and 3.32% of isoenzyme nitrogen and other semi-synthetic feeds for 45 days. The results showed that Lack of glucosamine depletes the viability of cockroaches, leading to decreased appetite, impaired growth, decreased body protein deposition, impaired liver growth, and decreased lysine-alpha-ketoglutarate reductase activity (p<0.01); lysine The effects on weight gain, feed coefficient, and body protein deposition were extremely significant (p<0.01). The lysine ammonia requirement determined based on these indicators was not significantly different. The juvenile lysine requirement was 2.4% or 5.32g ( 100gCP)-1.

3, fat needs lipids is an important source of energy and fatty acids necessary for normal growth of turtles, can provide carriers for the absorption of fat-soluble vitamins, in which phospholipids play an important role in the structure of cell biofilm, and cholesterol has a role in promoting growth, However, excess fat not only affects the growth, but also causes great damage to the turtle's liver. Wang Daozun et al. (1984) also reached the same conclusion when they made the best requirements for the fat of herring fingerlings. When the best fat content of herring fingerlings exceeds 6.5%, eating more than this ratio will affect the growth of fish.

There have been no systematic reports on the fat nutrition requirements and metabolism of turtle turtles so far. Regarding body fat content and fatty acid composition, the results of the relevant studies are relatively close. Zhan Xi'an et al. (2000) measured the moisture, fat content, and fatty acid composition of muscle and fat mass of Chinese sturgeon. The results showed that: the muscle's fat content was 1.23%, and the fat block's fat content was 86.72%. Wang Daozun et al. (1997) carried out the fat content and the composition of fatty acids in muscles of different parts such as muscles, carapace, skirts, and fat blocks of juvenile, first instar, second instar, and third instar of Chinese sturgeon. The analysis showed that the content of fat in the muscles, skirts, and carapace of Chinese sturgeon was low. The content of highly unsaturated fatty acids in the muscle accounts for 32.69% of the total fatty acids, and DHA and EPA respectively account for 8.30% and 6.97% of the total fatty acids.

Sun Hetian et al. (1997) designed nine test feeds using the orthogonal table (L934). The results showed that the suitable fat content in the larvae diet was 8%, and fat was one of the main factors that affected the growth of alfalfa next to protein. . In the common powdered feeds with fat content of about 3-4%, Yang Guohua et al. (1997) added 6% of fats (half of fish oil and half of soyoil) to the feed for the best growth. Higher growth rates and feeds were obtained. The conversion rate was significantly different (p<0.05) from the non-addition group and only 4% fish oil group; the growth performance was followed by the 2% and 8% fat-addition group, and there was also a significant difference between the non-addition group and the non-addition group. (p<0.05). There is very little information about the energy demand of Chinese sturgeon. Most of the energy required for Chinese sturgeon is collected from feed protein, but Chinese sturgeon can make good use of fat as energy. The digestive rate of Chinese sturgeon is as high as 85.69-88.39%. And Chinese sturgeon can also use the right amount of carbohydrates as an energy source. 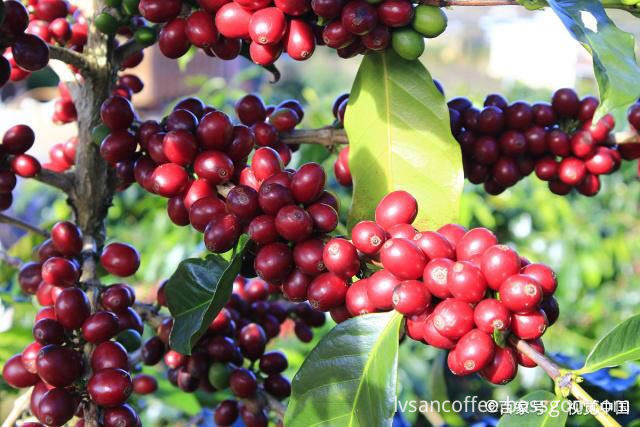 In 1892, French missionary father Tian Daneng preached in Dali, Yunnan Province, China. In order to drink coffee, he taught local villagers to grow and drink coffee. Up to now, coffee has been planted in Yunnan Province of China for more than 100 years, with an area of 120000 mu. Most of the varieties planted in Yunnan are ccatimor, with an altitude of 1000-1500m, The coffee produced in Yunnan has a balanced taste, rich nut and citrus flavor, some of which are very sweet, with obvious taste of chocolate, toffee and maple sugar. It is one of the high-quality coffee producing areas. Our coffee is produced at the junction of Puer and Burma - the Myitkyina original jungle beans at 1500-1750, with a rich flavor, high aroma and high sweetness. The 2019 international coffee cup Masters Tournament (China finals) is sponsored by beans. 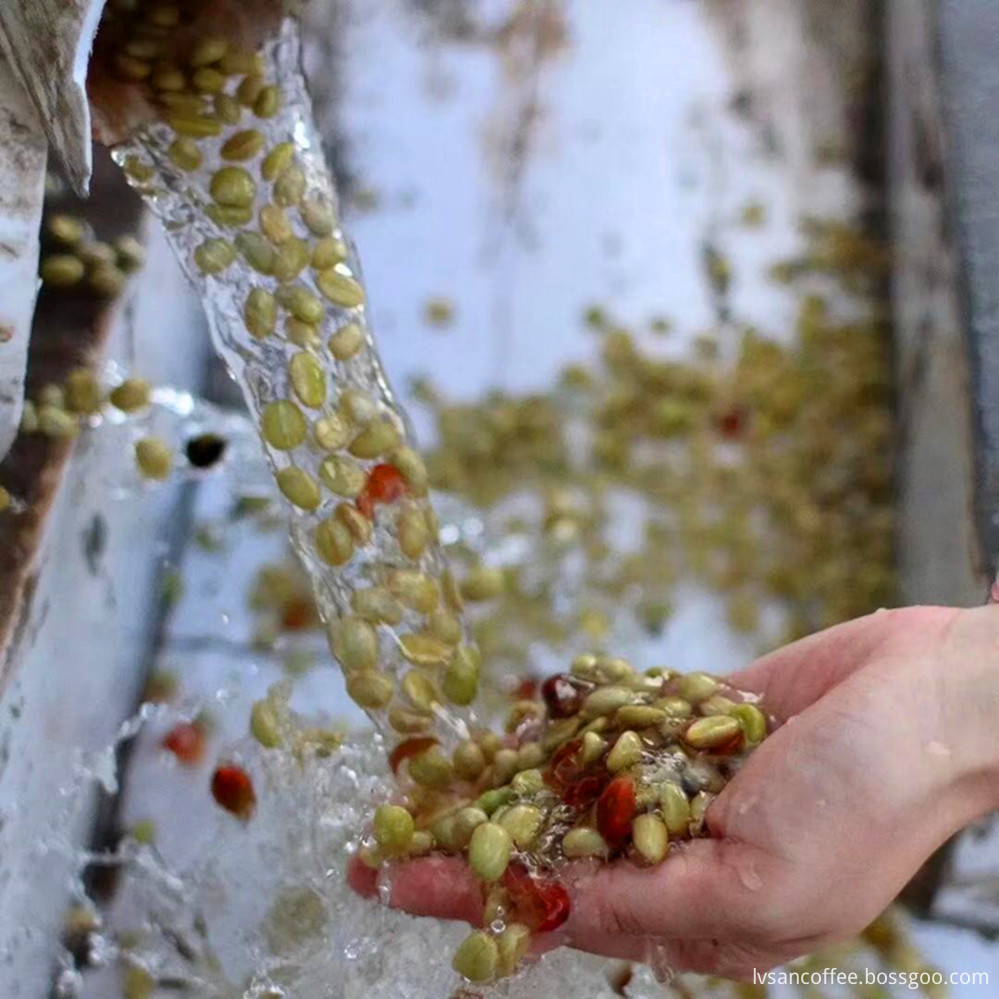